Reading’s Hidden Abbey Project has announced the next stage in its ambitious endeavour to discover the full extent of the Royal Abbey below ground.  Following closely in the footsteps of the momentous reopening of the Abbey Ruins on 16th June 2018, the Hidden Abbey Project (HAP) is gearing up for the next stage in its bid to explore interesting anomalous features revealed during the first phase of the project. 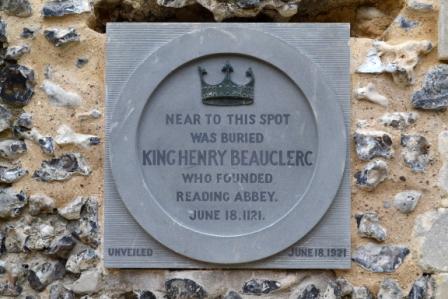 The Hidden Abbey Project complements, but is separate from, the Council’s Reading Abbey Revealed Project to conserve the ruins above ground.  HAP has been set up to discover the full extent and significance of the Royal Abbey, founded by King Henry I in 1121, which was the final resting place of the King and his Queen Adeliza.

A report going before the Council’s Housing, Neighbourhoods and Leisure Committee on Wednesday 4th July 2018, sets out its current status and outlines future plans to move the project forward.  In the report, the HAP Steering Group has announced proposals to explore key locations around the site of the Abbey church, including two areas of the south-eastern corner of the Forbury Gardens and at the Forbury Gardens Day Nursery front and rear playgrounds. 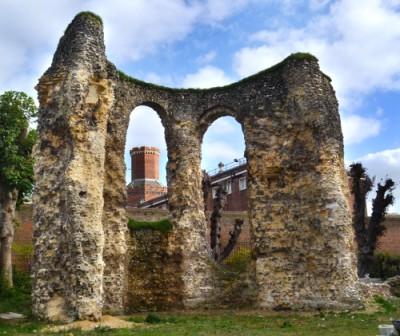 The group has shared their proposals with South-East team of Historic England (HE) as the works will be taking place within the Abbey precinct, a scheduled ancient monument.  The group has also initiated discussions with the University of Reading’s Archaeology Department to support the production of a research design and desk-based assessment, which would inform any future applications for Scheduled Monument Consent, essential for any archaeological works on such a sensitive site.

Cllr Tony Page, Reading’s Deputy Leader and Lead Member for Strategic Environment, Planning & Transport, and a member of the project steering group, said: “The first stage of the Hidden Abbey Project, involving ground penetrating radar scans, provided us with tantalising initial results, and opened up the possibility for future exploration.  Following on from the reopening of the Abbey Ruins and the revitalisation of the Abbey Quarter, this project has the potential to further build on this success and bring huge cultural, historical and economic benefits to the quarter and the town as a whole. As a group, we hope to keep the momentum going and to get to a position where we can further expand our understanding of this historic site.”

Cllr Sarah Hacker, Reading’s Lead Member for Culture, Heritage and Recreation, said: “With the Abbey Quarter now thriving and the much loved Abbey Ruins open to the public after nearly 10 years, now is an ideal time for us to take the next steps to move the Hidden Abbey Project forward.   This site is potentially one of the richest areas in Reading as a source for discovering not just the history of the town but also its relevance to the historical development of the Thames Valley.  Our ambition is to now use targeted trench investigation. This would represent the first ever comprehensive study of Reading Abbey Church, offering a unique research opportunity of national, and potentially international, importance and may finally help answer many of our key questions that have long intrigued historians, archaeologists and researchers alike.”

The full report can be viewed here: www.reading.gov.uk/media/9017/Item-8/pdf/Item_8.pdf