Ged Roddy – Reading Football Club are delighted to announce the arrival of Ged Roddy MBE as Academy Manager in what we consider to be a marquee appointment for the Royals. 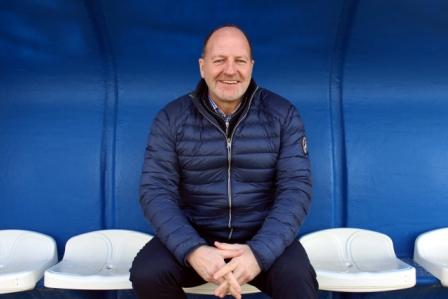 Ged takes the reins at the helm of our esteemed Academy system after playing an instrumental role in the introduction of the Elite Player Performance Programme (EPPP) across the top level of English football and he will begin his role at Reading at the start of next week.

“It is a great honour to be asked to lead an Academy which has an outstanding and richly deserved reputation for developing young home-grown footballers,” Roddy said.

“Throughout my career, I worked very closely with the late Eamonn Dolan and the legacy he created at this club and within its esteemed Academy, remains at the heart of this club’s youth development programme. I am looking forward to the challenge of protecting and strengthening that legacy. And these are exciting times at Reading with dynamic leaders at the club and ambitious plans for its future.”

Roddy, who was awarded an MBE in 2000 for his contribution to sport in the UK, has previously held non-executive board positions with the Lawn Tennis Association, Sport England, UK Sport, the English Institute of Sport and Sports Coach UK and he left his executive board position at the Premier League late last year after eight years as Director of Football Development.

The Manchester-born University of Birmingham graduate also has experience in coaching and management, having occupied professional roles within both football and rugby union, while he is also a qualified teacher who has worked at a senior level at three leading universities in the UK.

Chief Executive Ron Gourlay said, “To appoint an Academy Manager who has played a pivotal, pioneering role in progressively restructuring youth football at the very highest level and who has since shaped continuing club Academy reforms across the country – this is a significant statement of intent from Reading Football Club and its owners.

“At Reading, we remain extremely proud of our Academy, its past and present successes and aspirations for the future and I am confident that with Ged’s passion and experience in advancement of youth football, our system will continue to flourish. I would personally like to welcome Ged to Reading Football Club and wish him the very best of luck in his new role.”

Technical Director Brian Tevreden said, “I am delighted to welcome Ged to Reading Football Club and, having already met and spoken with him at length on a number of occasions, it is evident that he shares the club’s values and vision for the future and will embrace our footballing philosophy throughout the age groups within the Academy. I look forward to working with him.”