Cutting food waste in half could substantially reduce food-related emissions

City dwellers could reduce food-related carbon emissions by 11% by following a few easy actions including reducing food waste and taking a meat-free day a week.

In a new study published today (Weds May 2) in the American Chemical Society’s Environmental Science & Technology researchers studied a variety of ways to cut carbon footprints by tackling emissions related to food consumption and waste in US cities. According to previous studies, feeding urban populations — from producing food to transporting it, to refrigeration and cooking meals, and finally to food waste — accounts for 20 to 30 percent of global greenhouse gas emissions. 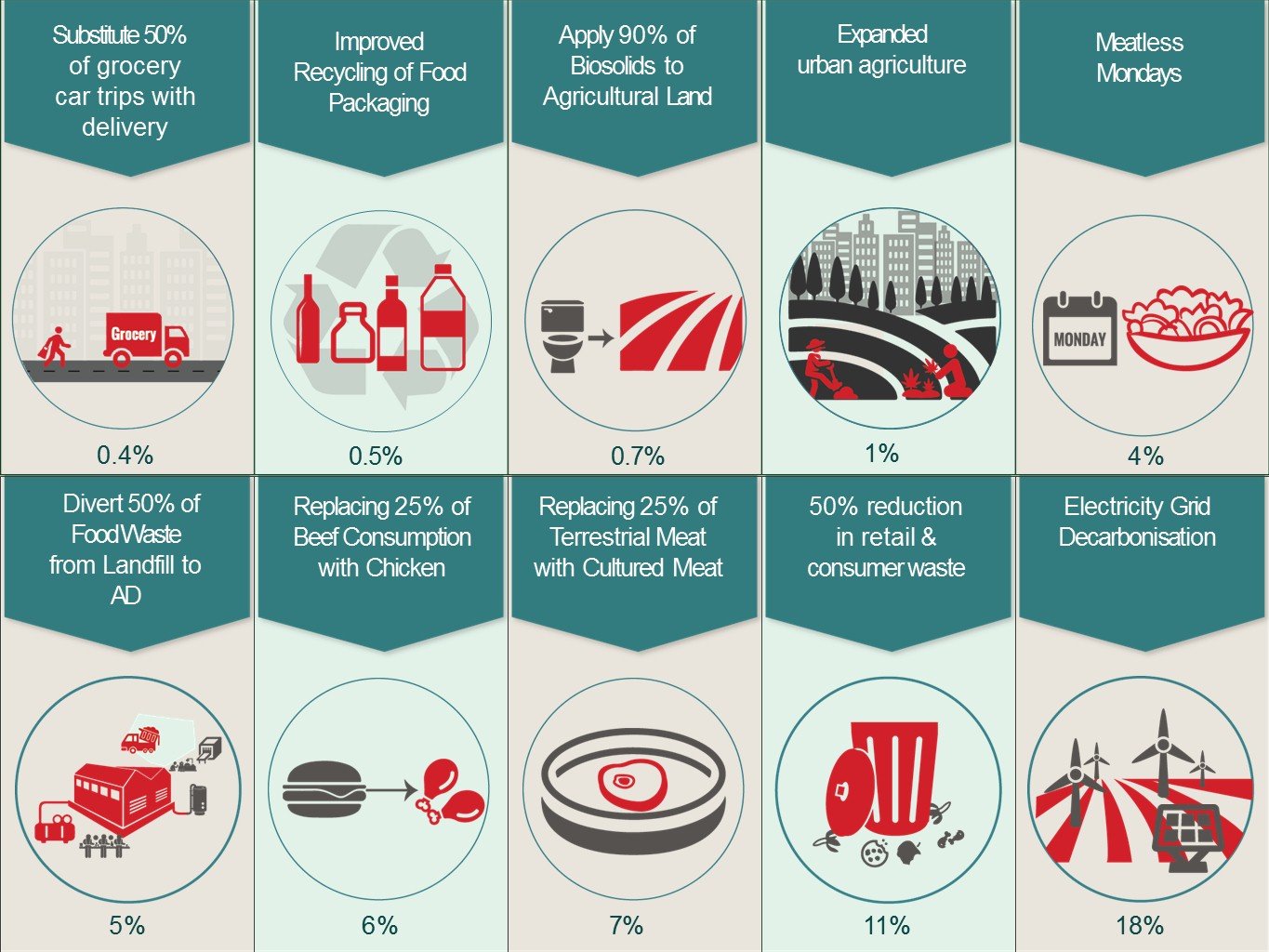 “What struck me during the research was just how much cities contribute to food-based emissions – and how local authorities and consumers can play a substantial role in reducing the carbon footprint of their food consumption – whether through small changes in diet, reducing food waste, or simply having groceries delivered.

“Among the biggest behaviour changes that can be made in urban environments is reducing food waste. By halving the amount of food consumers and retailers throw away, we could reduce emissions by 11 percent. This speaks to the vast amount of carbon that is released from buying more food than we really need.”

Previous research around this idea has focused primarily on the agricultural production side, and the team were not aware of any systematic review of the potential reductions that could be realised by consumers and local government. Following a review of diet-related emissions conducted by Martin Heller, a co-author, the researchers pooled data from a variety of sources to estimate emissions related to different components of the US food system, including transportation, processing and waste disposal methods. They then estimated how changes in specific urban consumption practices could reduce these emissions.

Contrary to expectations, they found that increasing urban agriculture to half of the vacant land in cities would have a negligible effect on food-related emissions, reducing it by only 1% in the US case. But switching from fossil fuel-based electricity to carbon-free energy sources would cut food-related emissions by 18%; reducing retail and consumer food waste by half would decrease emissions by 11%; and swapping one quarter of total beef consumption in favour of chicken could see emissions drop by 6%.

“Some of the most effective changes to reduce our effect on the environment are also some of the most straightforward. By arranging to get your groceries delivered rather than driving to the shops could reduce emissions by half a percent of the total, and taking a meat-free day or more could see 4% reduction in your carbon footprint. Small-scale urban agriculture in allotments and community gardens can have a number of social benefits, such as improved access to fresh produce or as an avenue for building a sense of community; however, deep reductions in carbon emissions from the food system will be found elsewhere.”

The authors acknowledge funding from the Natural Sciences and Engineering Research Council of Canada.